A one-year-old girl has died after being hit by a huge four-inch hail stone during a horror storm in Spainas the country faces its latest bout of extreme weather.

The toddler was one of 67 people hurt after receiving direct impacts from hail stones in and around the Catalan town of La Bisbal de l’Emporda.

She was rushed to Josep Trueta Hospital in Girona on Tuesday afternoon but died early Wednesday morning as a result of severe head trauma.

A woman remained in the same hospital on Wednesday because of the injuries she suffered in the devastating hailstorm.

Most of the other people who needed medical treatment are said to have suffered head injuries or cuts from the ice that needed stitches as well as broken bones.

Scroll down for video

A one-year-old girl has died after being hit by a huge four-inch hail stone during a horror storm in Spain. The toddler was one of 67 people hurt by the hail stones (pictured)

Many cars and buildings were also damaged by the tennis ball-size stones, with roof tiles smashed and solar panels dented.

Catalan weather chiefs said the hailstones that fell in the area, near the tourist city of Girona close to Spain’s border with France, were the largest in twenty years.

The deluge began at around 7.30pm on Tuesday, and the 20-month-old girl suffered the deadly blow a few minutes later. The hail storm lasted around 15 minutes.

She was rushed to hospital, but passed away as a result of severe head trauma on Wednesday morning, according to Murcia Today.

The nationality of the toddler who died, and where exactly she was when she was hit by the hailstones that killed her, is not yet known.

The Spanish news outlet reported that firefighters recieved more than 40 emergency calls ‘due to different damage to buildings and wiring’, as well as to support ‘in the assistance of the injured’.

Pictures and video from the region showed the huge hail stones slamming into the ground at speed, often exploding on impact.

Streets were littered with ice and shattered glass from vehicles that were struck. 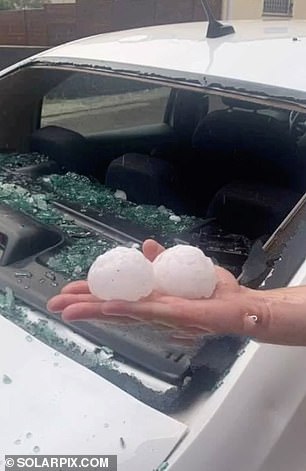 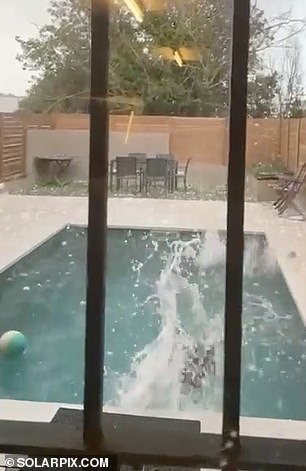 Left: A person holds up two large hail stones that fell in the Spanish region, smashing a car window. Right: A large splash is seen in a swimming pool caused by a huge hail stone 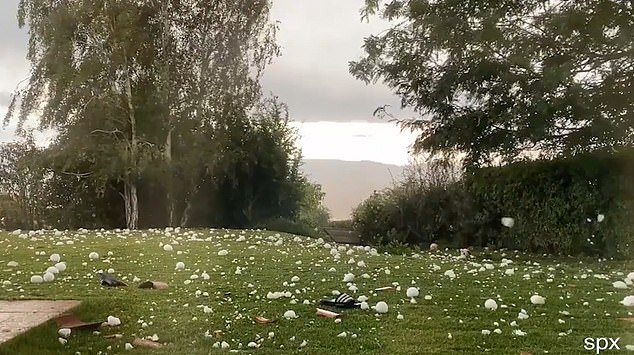 Pictured: A garden in Spain is seen covered in huge hail stones. In footage, shot through a back window, the stones are seen slamming into the floor

In one video, the stones are seen landing in a swimming pool, causing water to burst into the air. Another video showed the hail landing heavily on grass in a garden.

As each one hits the ground, a loud ‘thud’ can be heard. In videos showing the hail stones landing on harder surfaces, they sound more like gunshots on impact.

Some took to social media to post pictures of them measuring the hail stones. One person put a one-euro coin on the ground, which was dwarfed by the ice balls.

Another person put two hail stones next to an egg, and measured the diameter. The tape measure showed the stone was around six inches at its widest point.

More storms were expected in the region Wednesday. Heavy storms have been predicted for eastern Spain following severe heatwaves during the summer both on land and in the Mediterranean Sea. 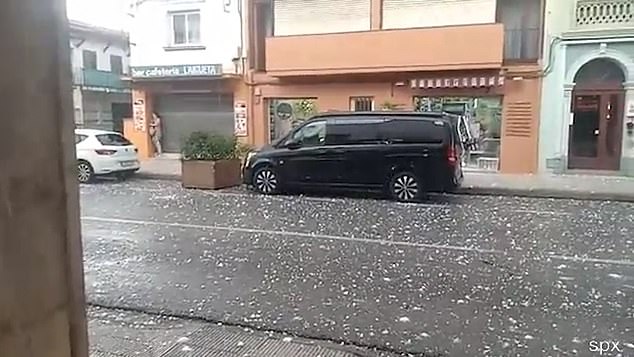 Pictured: A street is seen covered in hail stones, many of which exploded on impact 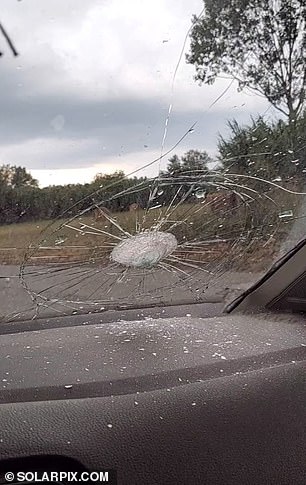 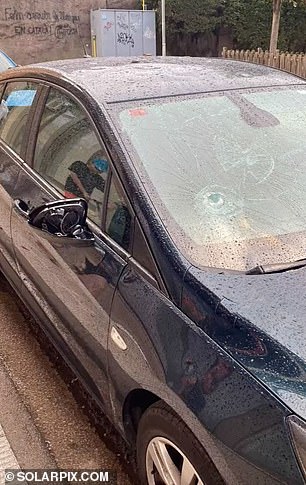 Many cars were damaged by the tennis ball-size stones. Pictured: Damage to windscreens caused by the huge hail stones in Spain

The deadliest-known hailstorm in history was the one that lashed the Indian city of Moradabad in 1888.

Nearly 250 people were killed after being hit by hail the size of oranges.

The record for the largest hailstone is one that fell in Vivian, South Dakota in 2010.

It weighed around 878 grams and measured nearly eight inches in diameter. 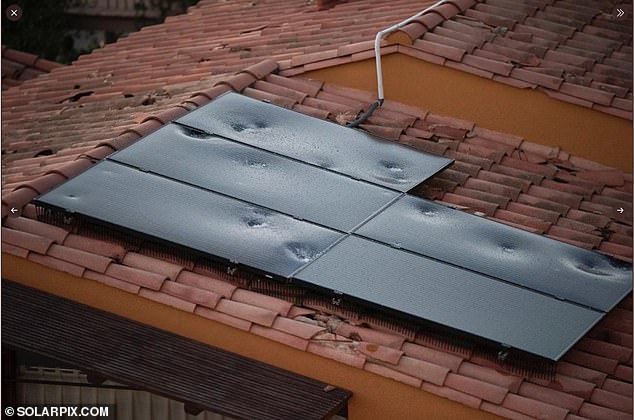 Pictured: Solar panels damaged by hail stones are seen on a roof in Spain 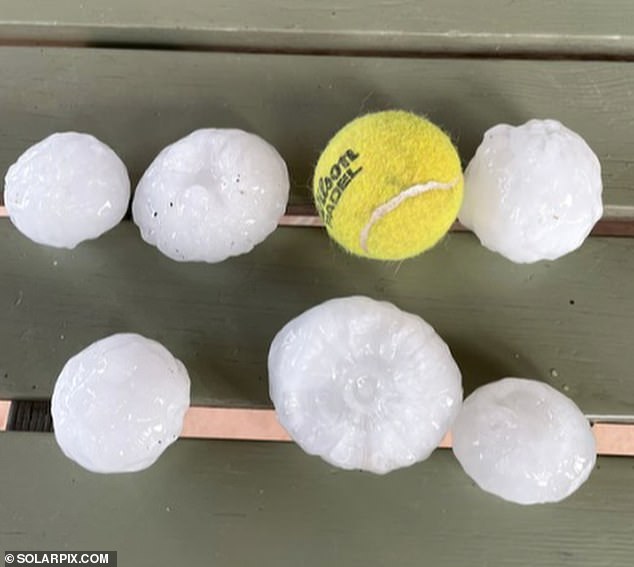 Pictured: Some of the giant hail stones are lined up on a table next to a tennis ball 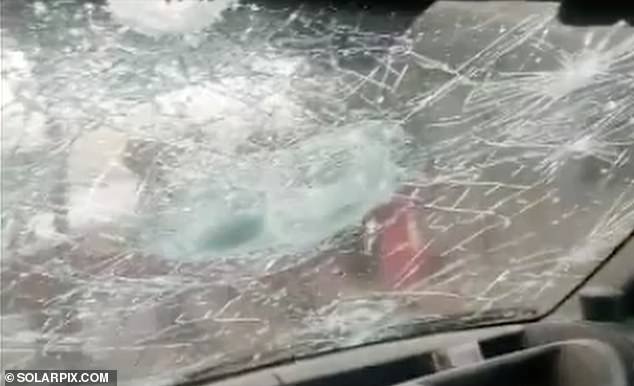 Pictured: The view from inside a car as hail stones smashed the windscreen in Spain 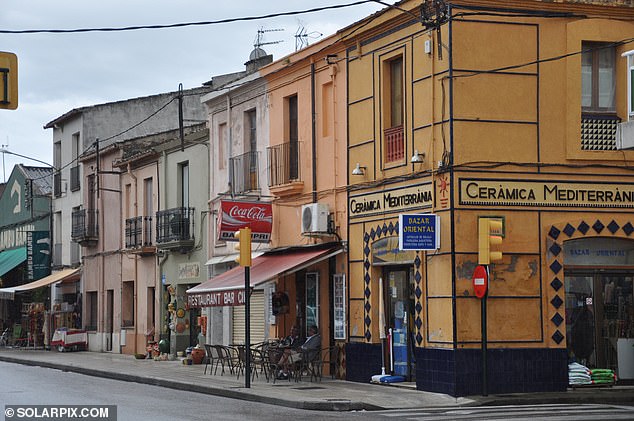 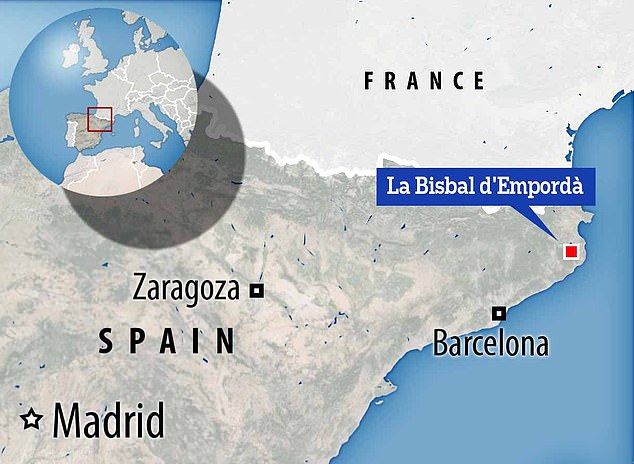 Tourists travelling to Spain were warned earlier this month they could be caught up in rare Mediterranean hurricanes.

Experts said the risk of tropical-like cyclones called medicanes had increased with this year’s record heat waves affecting the UK’s favourite holiday destination and the rise in sea temperatures blamed on global warming.

‘Sea temperatures this autumn are expected to be higher than normal and if the necessary atmosphere conditions are in place, it would not be unreasonable to think the Mediterranean could harbour a medicane this year.’

Torrential rain, terrifying lightning storms and flash floods in September 2019 which battered the provinces of Alicante and Murcia, claimed the lives of seven people.

Hail forms when droplets of water in a storm are carried upward into air that is cold enough to freeze them.

Moisture from the air accumulates on this ice as it moves through the air, making the hailstones grow in onion-like layers.

The stronger the updraft, the bigger the hailstone.

The hail falls when the updraft can no longer support the weight of the hailstone.

Previous articleWordle 439 hints: Struggling with September 1 Wordle? Clues and answer
Next articleRichard Roat, actor who appeared in ‘Friends’ and ‘Seinfeld,’ dead at 89

Chiefs Aladoric after elimination from Worlds 2022: “Our level of play was extremely bad this tournament, thats not our level 100%”

Chiefs Aladoric after elimination from Worlds 2022: “Our level of play was extremely bad this tournament, thats not our level 100%”