Kpopmap Romantic Pick: Jung IlWoo Is An Anti-Romantic But Swoops In To Protect Girls’ Generation’s Kwon YuRi In “Good Job”


Welcome to our sweetest Editor’s Choice Kpopmap series: the Romantic Pick! In this series, with articles released biweekly on Wednesdays, we pick the most heart-fluttering, impactful, and aww-worthy scenes from ongoing and completed K-Dramas, movies, or even K-Pop music videos and analyze them from start to end.

You can click here to find all our Romantic Picks, in one place!

This week’s Romantic Pick comes from the ongoing K-Drama “Good Job“, starring Jung IlWoo and Girls’ Generation’s Kwon YuRi. This is the second time the pair is leading a K-Drama, which has amplified the anticipation for it even more. Before this, they appeared in “Bossam: Steal The Fate“, which also proved to be an amazing success. “Good Job” premiered to considerably steady ratings, and it is already winning hearts worldwide.

The particular scene we’ll be talking about today appears in episode 2. For those who might not know, “Good Job” tells the story of a rich CEO, Eun SeonWoo, who is looking for the person who stole a precious necklace called “The Queen’s Tears” and a spirited young woman, Don SeRa, who has the vision of an eagle. After a series of mistaken identities and chaotic introductions, SeonWoo hires SeRa as his assistant while he investigates the case of the necklace, which has now devolved into a murder case after the untimely death of an actress.

Chaebol by day, detective by night, Eun SeonWoo concocts the perfect plan to seek out the criminal at an elite club. He sets up SeRa as a rookie actress who is friends with a regular, Ra MinJi (Bae Eun-woo). She fits right in, with her gorgeous pink dress, adorned by The Queen’s Tears which SeonWoo puts on her to lure the culprit. SeonWoo is visibly starstruck, but like the anti-romantic he’s pretending to be, doesn’t show it.

Ra MinJi takes SeRa, who is now going by InSook, to an exclusive VVIP section of the club where they meet Kang TaeJoon (Yoon SunWoo), who suffers from an extreme case of inferiority complex, leading him to act up in the worst, most irresponsible, hedonistic and indignant ways possible. He threatens to physically harm MinJi when she refuses to pour him a drink, claiming that she must be looking down on him.

SeRa notices and quickly moves to her rescue, diverting his attention by pouring a bucket full of ice on him before slapping on some of the most clever insults ever. However, it is only a matter of time before he turns on her, hell-bent on assault. SeRa tries to escape, but TaeJoon’s sycophants stop her, only to hurt themselves in the process.

As things start to get out of control, Yang JinMo (MoonSuk him) informs SeonWoo about the situation, who needs to think of a solution on the spot. He changes into an expensive suit, and his name alone gets him into the VVIP room, just in time to see TaeJoon trying to land a punch on SeRa. She runs right into his arms and time stops for a second. 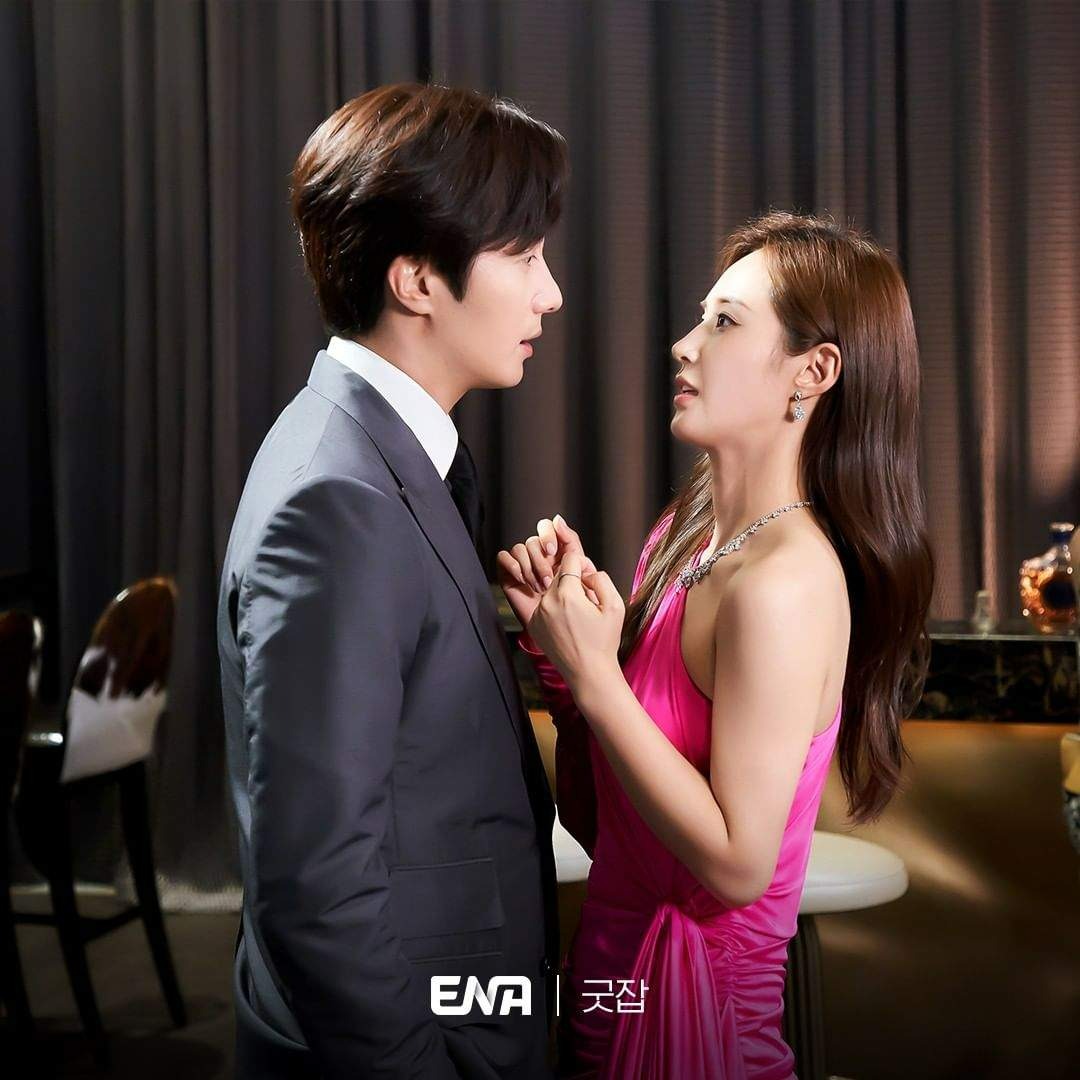 There’s concern, anger, and pain in SeonWoo’s eyes, but he looks calm and composed. SeRa asks him what took him so long and he simply takes her hand and puts her behind himself. He reprimands the rich and spoiled for acting, well, rich and spoiled, before chastising TaeJoon in particular, or Manager Kang as he calls him, putting him in his place. He then proceeds to declare that he would be escorting SeRa away, who seems to be in need of his help. A lover’s quarrel follows, with SeonWoo “scolding” SeRa for her fearlessness. Needless to say, even though this situation could have gone terribly wrong, it definitely brought them closer together.

Are you watching “Good Job”? What do you think of the show so far? Tell us in the comments section down below!