Dreamcatcher Is Coming Back With Their 7th Mini Album After Six Months!

Dreamcatcher has confirmed that they will be making a comeback in October.

According to Dreamcatcher Company, the group’s agency, on September 1, Dreamcatcher (JiU, SuA, Siyeon, Handong, Yoohyeon, Dami and Gahyeon) is currently preparing for a comeback in October.

This upcoming comeback marks the group’s first comeback in about six months since their second full-length album “Apocalypse: Save Us” which was released in April. Through this seventh mini-album, Dreamcatcher is expected to once again show their unique worldview with the second Apocalypse series following their previous title track “MAISON”.

“Apocalypse: Save Us” was the prelude to the “Apocalypse” trilogy. Music fans around the world are curious about the type of concept and story Dreamcatcher, a “message restaurant” will be returning with as they delivered a message about environmental protection through “MAISON”, including the ambition to leap in a better direction in a chaotic world. 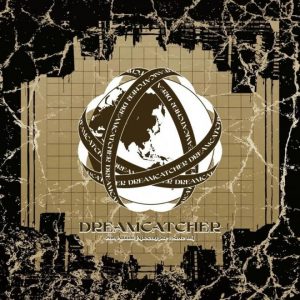 Furthermore, Dreamcatcher also won the first prize in a music program in 1,924 days since their debut with “MAISON”. Since the group has set a steady career high of 92% of all performances through the 2022 Dreamcatcher World Tour “Apocalypse: Save Earth” in America, which was previously held in 8 U.S. cities and Mexico City, expectations for the upcoming comeback are bound to be hotter.

Dreamcatcher, which debuted in 2017, has built an unprecedented unique worldview in the music industry with the theme of “Nightmare” and “Anti-Ideal” based on fantasy stories. The group has achieved terraced growth with sophisticated music and performances with the first rock metal genre of a girl group and is also showing their potential as a singer-songwriter through a meaningful move of recording all members’ own songs.

The group is speeding up preparations to meet their global fans and plans to open new album promotions sequentially through their official social media channels.

Nine pensioners got stuck on a dual carriageway...